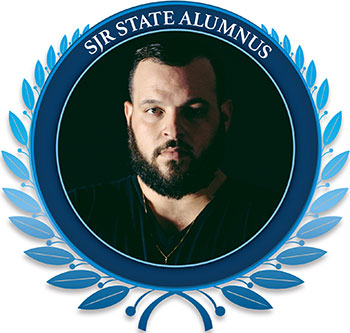 After attending the Florida School of the Arts, Daniel Franzese quickly jumped into the acting world with his first appearance in “Bully” (2001). The movie brought notoriety to Franzese, who continued to pursue acting as a full-time career.

Over the past 13 years, he has been featured in many memorable roles in films including “Mean Girls” (2004) and “Killer Theory” (2009), as well as appearances on television programs such as “CSI” and “Burn Notice.”

Daniel is currently involved in several projects. On television, he has earned critical praise for his performance in the second season of the acclaimed HBO series “Looking.” This fall, he will begin production as a series regular on the new ABC Family show “Recovery Road,” written by fellow FloArts alumnus Bert V. Royal, writer of the hit film “Easy A.” Daniel has also recently finished production on the film “Allee Willis Loves Detroit,” which will mark his directorial debut.

While keeping a steady acting career, Daniel found time to give back to SJR State and Florida School of the Arts. In 2008, he conducted a series of workshops at FloArts designed to inform students about the highs and lows in the entertainment business. He has also made an impact with his work as an ambassador and spokesman for the Elizabeth Taylor AIDS Foundation, which strives to spread knowledge and support for those living with HIV/AIDS.

Daniel attributes his success in the entertainment industry to his theater training, which he received solely from FloArts. “I’m tremendously grateful for the opportunity I had to go there,” he said. He fondly remembers the education and connections he made while attending FloArts. “The best memories I have from the Florida School of the Arts are of collaborating and being inspired by my friends and peers. It was there that I forged lasting friendships with other artists who have greatly impacted me and my career.”