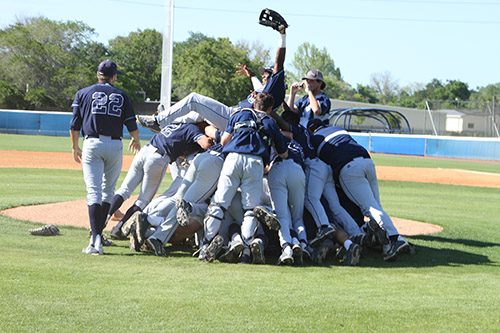 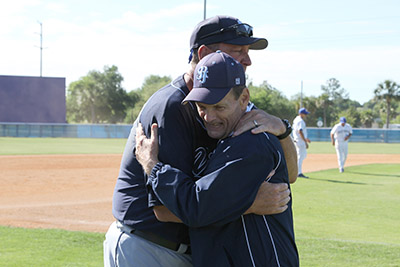 After Monday’s 7-inning game ending with the 10-run rule over Daytona State College, the Vikings’ victory secured their place as conference champs. Their current conference record is 17-4, and 34-12 overall, with two home games left in the season.

The Vikings will travel to Lakeland for the NJCAA/FCSAA Baseball State Tournament. The tournament begins May 10.

Last year’s victory was a first in 36 years. The Vikings have made three state tournament appearances as the Mid-Florida Conference runner-up since 1989 (most recently in 2010).

Among the fans cheering on the Vikings was former coach John Tindall for whom the Palatka campus field is named. Tindall coached the Vikings from 1964 to 1993, winning three conference championships in 1966, 1967 and 1968.

Since 1958, SJR State has built a solid reputation as a full-service college dedicated to meeting the educational and workforce training needs of its Northeast Florida district. The college has campuses in Orange Park, Palatka and St. Augustine. SJR State’s athletic programs are based on the Palatka campus and consist of baseball, fast-pitch softball and women’s volleyball. For more information, visit the website at www.SJRstate.edu.