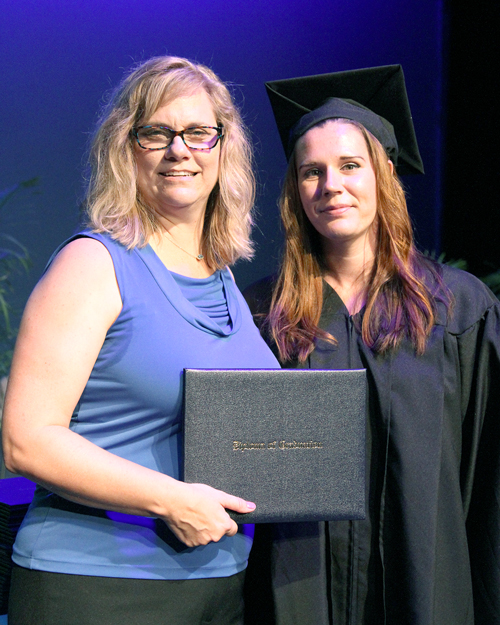 Beyond the family cheers, tears and selfies, the annual adult education graduation at St. Johns River State College represented more than just the passing of an exam - it represented countless individual achievements, struggles and challenges that are the very fabric of every GED diploma.

Dean of Adult Education Melissa Perry congratulated the graduates Saturday morning on their commitment and perseverance. “To the graduates, we celebrate your dedication, your persistence, your grit and your hard work,” she said. “As GED graduates, you have completed a very crucial milestone toward realizing your education and career goals.”

During the ceremony, Jessica Murray, 22, was presented with an SJR State scholarship for her individual, academic and career-planning goals, and achieving honors scores on the GED exam.

Graduates Susan Richardson, 44, and Adah Shuff, 34, delivered the student address. Shuff, shared her struggles, admitting that despite her earlier mindset, thinking she would never amount to much, she knew in her heart she wanted better circumstances for her family. “Just know you are good enough, no matter your background… or past mistakes,” said Shuff, who has also recently completed SJR State’s Certified Nursing Assistant program. “If you’ve come this far, don’t stop now. Follow your dreams and never give up.” 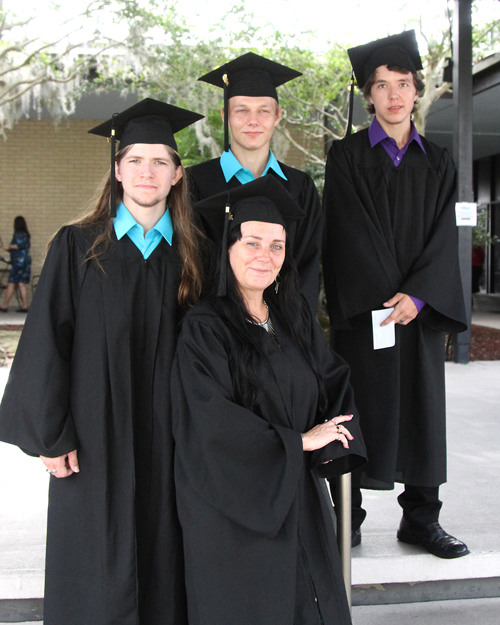 When Richardson dropped out of high school in 1989 to get married and begin working, she had no idea it would take her 30 years to get back to completing what she had started.

“I left school without a backwards glance, thinking I'll just do it later,” said Richardson. “I tried many times to do just that; however, life is busy, and I just kept telling myself ‘next week, next year, etc.’”

Richardson, who manages the bookkeeping for the trucking company she and her husband own, said, “As a woman, mother and friend, I have always put everyone before me. First, my kids, and then my aging loved ones, and last but not least, children in general. I have tried to reach out to every child who crossed my path and needed a guiding hand along the way, but never taking the time to get my own education.”

Richardson said she has always desired to complete her high school education, but it wasn’t until she saw her decision to drop out becoming a cycle with her own children that she knew she had to do something about it.

“It wasn't until I was faced with three of my kids making the same crazy decision I had made to drop out that I decided it was now or never,” Richardson explained. “I had two children I have raised drop out, and then my husband and I took in a third child who was making the same decision, and I couldn't bear the thought of them struggling the same way my husband and I have to pay the bills and survive in an ever-changing world.”

During a conversation with her children about returning to school, one of her boys challenged Richardson with this question, “How can you tell us we need to get an education when neither you or Dad have one?” In a split second, Richardson made the decision to get her GED. She then proposed that the four of them take this back-to-school journey together. Although the boys agreed, Richardson said they may have initially thought she “would get bored and drop out or something, and then they would be able to say, ‘You did, so we can.’ But I fooled them,” she said with a laugh. “I finished before them and before my goal date of the end of March.”

With their mom as their role model, Ryan Richardson Jr., 21, Raymond Richardson, 19, and Allen Martin, 17, of whom Susan has temporary custody, proudly walked across the stage in celebration of receiving their GED diploma. Prior to that moment, Susan said, “They will all walk the stage with me, and it still brings tears to my eyes. I did it! We did it!”

During her graduation speech, Richardson encouraged those in the audience with GED delays to not put this goal on hold any longer. “There are many obstacles and problems in life, so thinking that taking time or putting the effort forward to get your education will be any easier later than it is right now is a smoke screen,” she said. “My only regret is not doing it sooner.”

Amidst her roles of being “a busy housewife and mother to amazing children,” combined with her bookkeeping work and volunteering responsibilities as a county coordinator for the FL-GenWeb Project, Richardson admitted that getting her GED was hard work. The process included five months of preparation and four major tests, but it was well worth it. “I was determined to do it this time, and I did. I did it to prove that anyone at any age could do this and be a role model for their own children, or even a child who needs the extra push.”

While the GED experience was hard work for Richardson, she noted that starting the program was easy, crediting SJR State’s staff for much of her and her family’s success. “They are supportive without making you feel less than,” she said. “I never had a question that wasn't addressed by one or many of the staff. I cannot express my gratitude enough to all of them... This is an environment you can thrive in!” 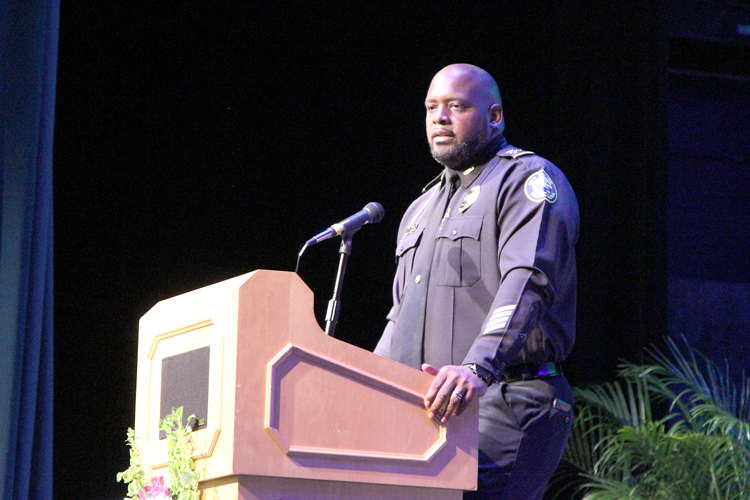 Richardson’s final food for thought: “Tomorrow is not promised to any of us. Why put off till tomorrow what you can very well do today? Educating our youth is a must, because they are tomorrow’s leaders. But how can we correct their paths if we don't first correct our own?”

Saturday’s commencement speaker was SJR State alumnus and Palatka Police Chief Jason Shaw. Chief Shaw encouraged the graduates to surround themselves with like-minded individuals who will help them continue to reach their highest goals. “You can achieve any goal if you put your mind to it,” Chief Shaw said. “I applaud you for being here today. Every time I see someone achieve something they set out to do I am overwhelmed with joy. Congratulations to you.” 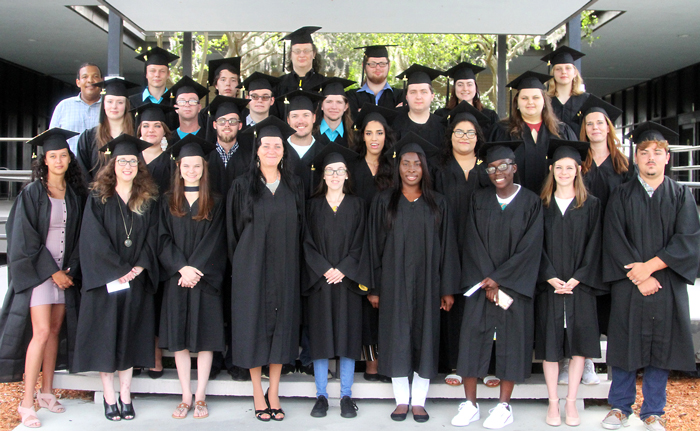 SJR State’s Adult Education program prepares students to earn a Florida high school diploma through the GED program. The program consists of self-paced and computer-assisted instruction, use of textbooks and handouts, and dedicated, qualified instructors. Registration for the test prep classes is ongoing.

For more information, call the Adult Education department at 386-312-4080, or visit the website at www.SJRstate.edu.