Seven baseball players from St. Johns River State College were recently honored with Mid-Florida Conference awards. Four of the seven received first-team awards, and three received second-team honors. Out of the seven teams in the conference, the second-most players on both teams were Vikings.

Malloy and Mosley will go on to play at Jacksonville University, and Gause will be heading to Louisiana State University. Cordova, McKinlay, Runnels and Sousa will continue playing ball at SJR State.

In 1961, the Vikings took the field for the first time and have since dedicated the past half century to building a solid reputation for producing superior student-athletes. The College has continued its tradition of producing a strong baseball program with facility improvements including a covered practice facility, dugout and field renovations, and most recently, new grandstands. Learn more at www.sjrvikings.com/baseball.html 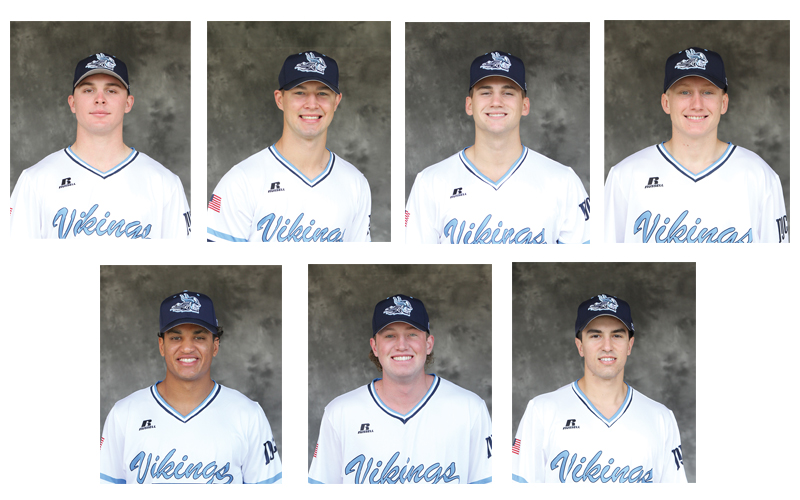