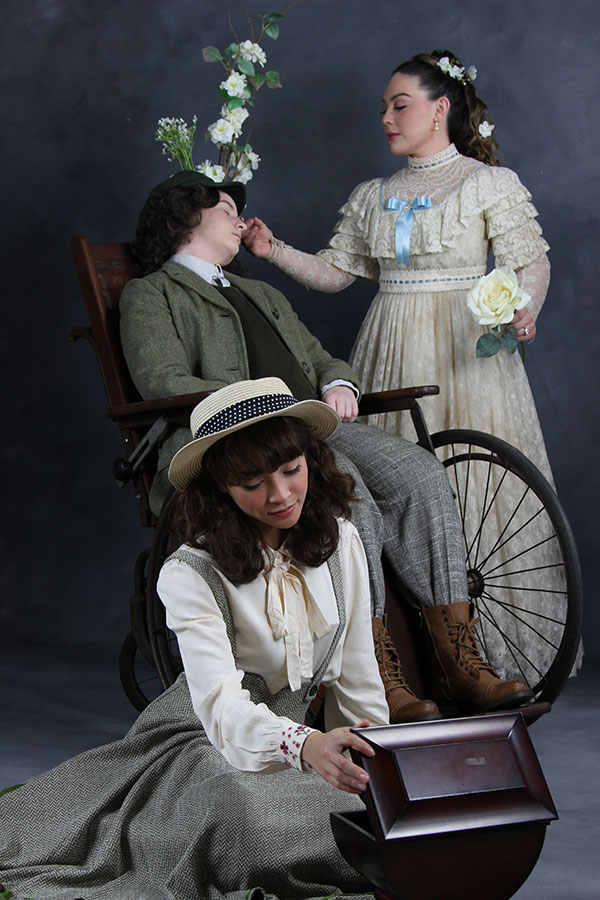 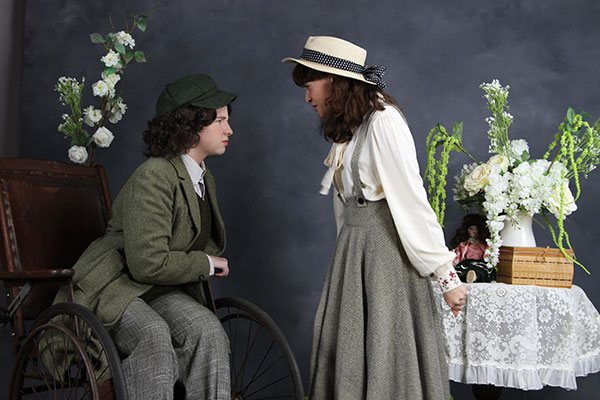 “The Secret Garden,” a heartwarming musical based on the novel by Frances Hodgon Burnett, is coming to the Florida School of the Arts (FloArts) at 7:30 p.m. on Thursday, February 24 to Saturday, February 26, and at 2:30 p.m. on Sunday, February 27. Along with richly textured music and creative scenic surprises, “The Secret Garden” will take place on FloArts’ main stage located on the Palatka campus of St. Johns River State College (SJR State). Tickets are $10.

With the book and lyrics by Marsha Norman and music by Lucy Simon, the action of “The Secret Garden” takes place in 1906 and earlier in British Colonial India and Misselthwaite Manor, North Yorkshire, England. After a cholera outbreak orphans 10-year-old Mary Lennox, a young English girl born and raised in British Rah, India, she is sent to Yorkshire, England to live in the manor of her brooding uncle whom she has never met. There, her personality blossoms among the other residents of the manor and the moor as they bring new life to a long-neglected garden.

The Acting
According to the play’s director, FloArts acting professor Patricia Crotty, the show is filled with glorious music and a heartwarming story of the renewing power of a child’s love and courage. The students bring a delight in storytelling to their work in this piece. “In order to fully create the world of Yorkshire, England in the early 1900s, they have been in dialect rehearsals, as well as music and dance rehearsals,” Crotty said. “Additionally, they have been learning the manners and movement required to wear the period clothing with ease. It is a true ensemble piece, and they are a strong, tight-knit ensemble.”

The Music
Kandie Smith, FloArts musical theater voice professor and music director of “The Secret Garden,” said that she couldn’t be more pleased with the play’s diversity of music, how well it’s written, and how equally delightful it is to both sing and hear.

“’The Secret Garden’ has one of the most beautiful scores I have ever heard,” said Smith. “The composer, Lucy Simon, has quite a reputation for writing pop songs, but for this production, she has written a score filled with wonderful and diverse styles of music ranging from distinctive melodies that evoke East India to charming folk melodies and children's songs. A large portion of the music is lush and romantic with a delicate, liquid quality that is very impressionistic, like the paintings of Monet,” Smith explained. “There is something wonderful and appealing for every listener.”

The Songs
Among the 30 songs to be performed include “A Bit of Earth” by Archibald; “Lily’s Eyes” by Archibald and Neville; “The Girl I Mean to Be” by Mary and Company; “Come to My Garden” by Lily and Colin; and “Hold On” by Martha.

The Scenery and Lighting
Considering it is Victorian-era pop-up books that ‘The Secret Garden’ is based on, FloArts scenic design professor Tim Castell said, “We wanted to capture the innocence and magic that comes with turning each page.”

Due to the various locations in the story, Castell said that the crew desired to make the scene transitions swift and dramatic, much like a pop-up book. “The walls on either side of the stage flip over to reveal a completely different setting, much like the action of opening and closing a book,” he said. The creation of smaller scenic units provides a variety of rooms of a manor, as well as colonial India scenes, a hedge maze, and a garden in full bloom.

“There was a challenge in creating indoor versus outdoor settings, and one solution was to utilize different textures and color of light,” said Castell, who works closely with lighting design instructor Torrie Sanders. “Also, using light, we are able to create vast, open settings as well as tight, intimate settings by focusing the light on different areas on the stage. In all, the scenic and lighting design work cohesively to create a living set that is constantly transforming and will reveal surprises and, hopefully, instill a sense of wonder that one might feel when perusing a pop-up book,” he said.

The Choreography
The sweeping choreographic movements that fill the stage will transport the audience back in time. “It's a breathtaking moment that leaves you wondering what is real and what is left only in the memory of the characters,” FloArts dance and ballet professor Jessica Mayhew-Borrero said.

In addition to the waltz in the ballroom scene being adorned with “romanticism, elegance, reflection, and reminiscence,” Mayhew-Borrero said that the choreography will also include “a mixture of abstract movement signifying death, time-period waltzing with ghostly encounters and cultural references to India and Celtic ruins.”