HURRICANE IAN UPDATE: The Great American Trailer Park Musical presented by Florida School of the Arts.
Due to Hurricane Ian, performances scheduled for 9/29 and 9/30 have been canceled. Performances for 10/1 at 7:30 p.m. and 10/2 at 2:30 p.m. will be held as scheduled, weather and power permitting. Both shows will be FREE to the public.

Please refer to the College's alert web page at https://www.sjrstate.edu/alert.html for the latest information. 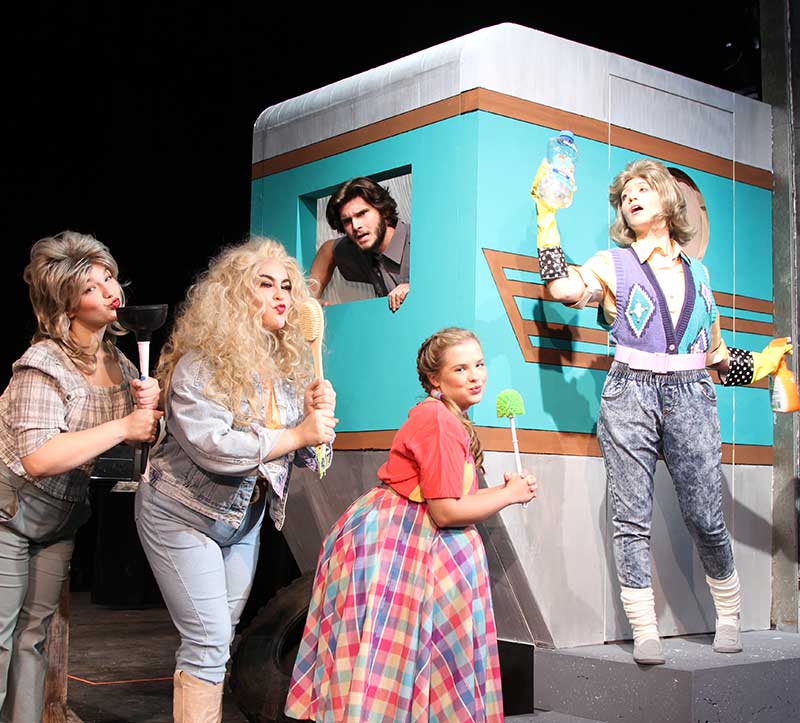 Welcome to Armadillo Acres Trailer Park, where bad decisions are everyone’s business. This all-American musical odyssey is set in a vintage Florida trailer park featuring hints of ‘80s nostalgia, spray cheese, roadkill, guns and disco. Set in the early 1990s, this light comedy airs everyone’s dirty laundry, including a love triangle between an agoraphobe, a highway toll collector and an exotic dancer with an unhinged ex-boyfriend.

Florida School of the Arts presents “The Great American Trailer Park,” book by Betsy Kelso, Music and lyrics by David Nehls, September 29 – October 2, through Saturday at 7:30 p.m. and Sunday and 2:30 p.m. Tickets are $10. The performance contains adult content and language.

FloArts play director Russell Franks said although the musical promises a rip-roaring good time, it also reminds us how much we have in common. “While it might seem like the musical pokes fun at people who live in trailer parks, it’s actually the opposite of that. There is a sense of informality and community, which is the lifeblood of neighborhoods everywhere,” Franks said. “The play takes a light-hearted approach to demonstrate that no matter what side of the tracks you’re from, everyone has the same hopes, the same wants, needs and problems as everyone else.”

The cast in order of appearance are McKayla Whiteside as Betty, Maggie Ann Rashaw as Lin, Hannah Seyler as Pickles, Corey McKinney as Norbert, Natalie Drake as Jeannie, Sydney Sheffield as Pippi, and Eric Barnum as Duke.


PHOTO CAPTIONS:
Things are in an uproar at the Armadillo Acres Trailer Park, but it’s nothing a good song can’t fix. Florida School of the Arts presents “The Great American Trailer Park Musical” September 29 – October 2. From left: Maggie Ann as Lin, McKayla Whiteside as Betty, Corey McKinney as Norbert, Hannah Seyler as Pickles, and Natalie Drake as Jeannie.