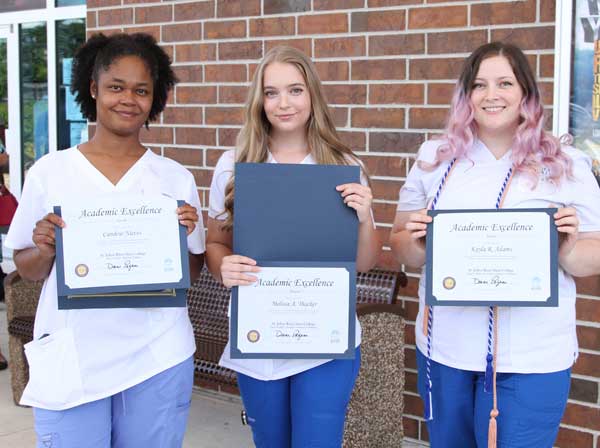 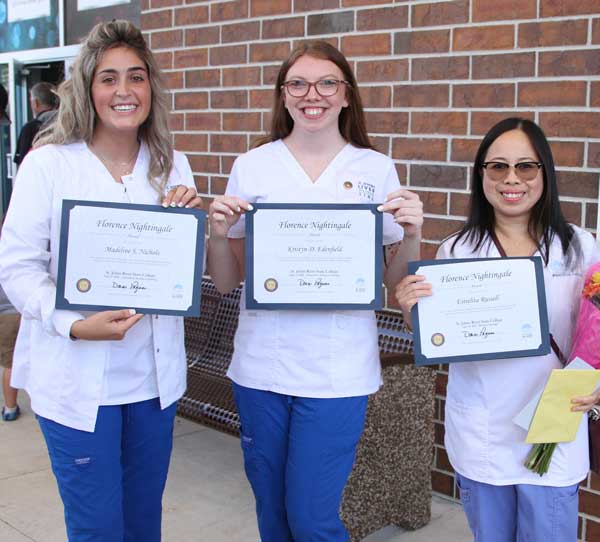 St. Johns River State College recently held a pinning ceremony to recognize the Associate in Science in Nursing (ASN) and Practical Nursing (PN) students. A continued tradition of Florence Nightingale, the pinning ceremony symbolizes the rite of passage into the nursing profession and the care and devotion nurses provide. Graduates received a pin that serves as a reminder of their purpose to serve the sick and infirmed.

During the ceremony, ASN graduates Kristyn Edenfield and Madeline Nichols, and PN graduate Estrelita Russell were awarded the Florence Nightingale Award for demonstrating outstanding compassion toward others, leadership in class and devotion to clients and their families. The Academic Excellence Award in the ASN program was awarded to Kayla Adams and Melissa Thacker. Candese Nieves was awarded for the PN program.

SJR State’s nursing program is accredited by the National League for Nursing Accrediting Commission, and classes are offered at the Palatka and Orange Park campuses. 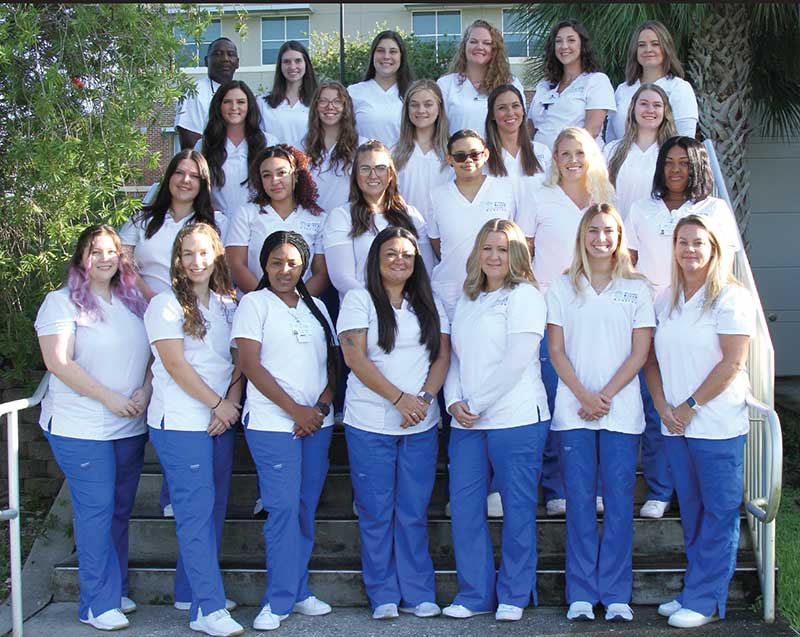 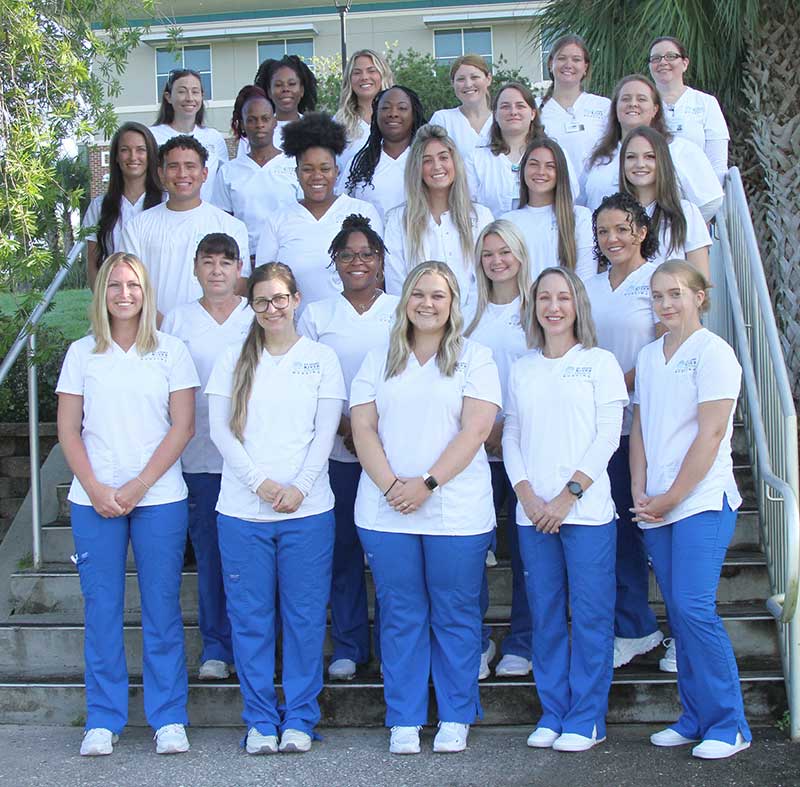 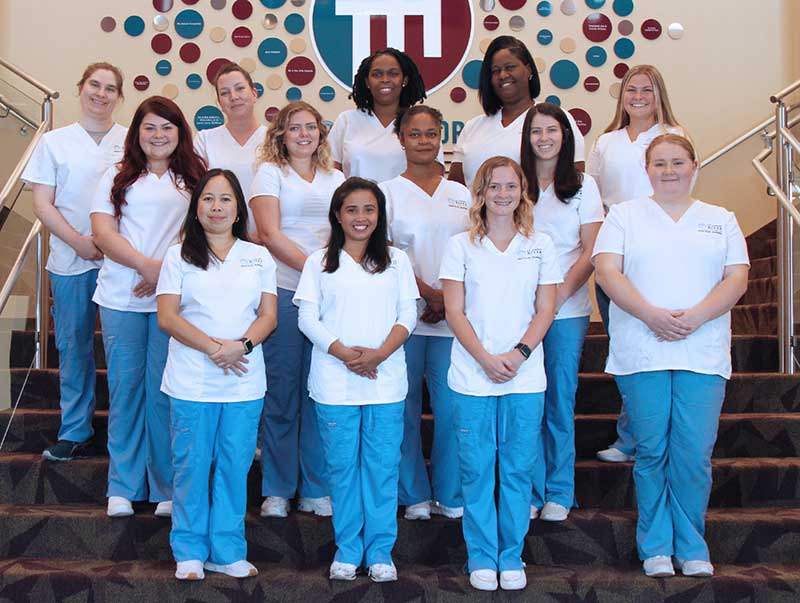