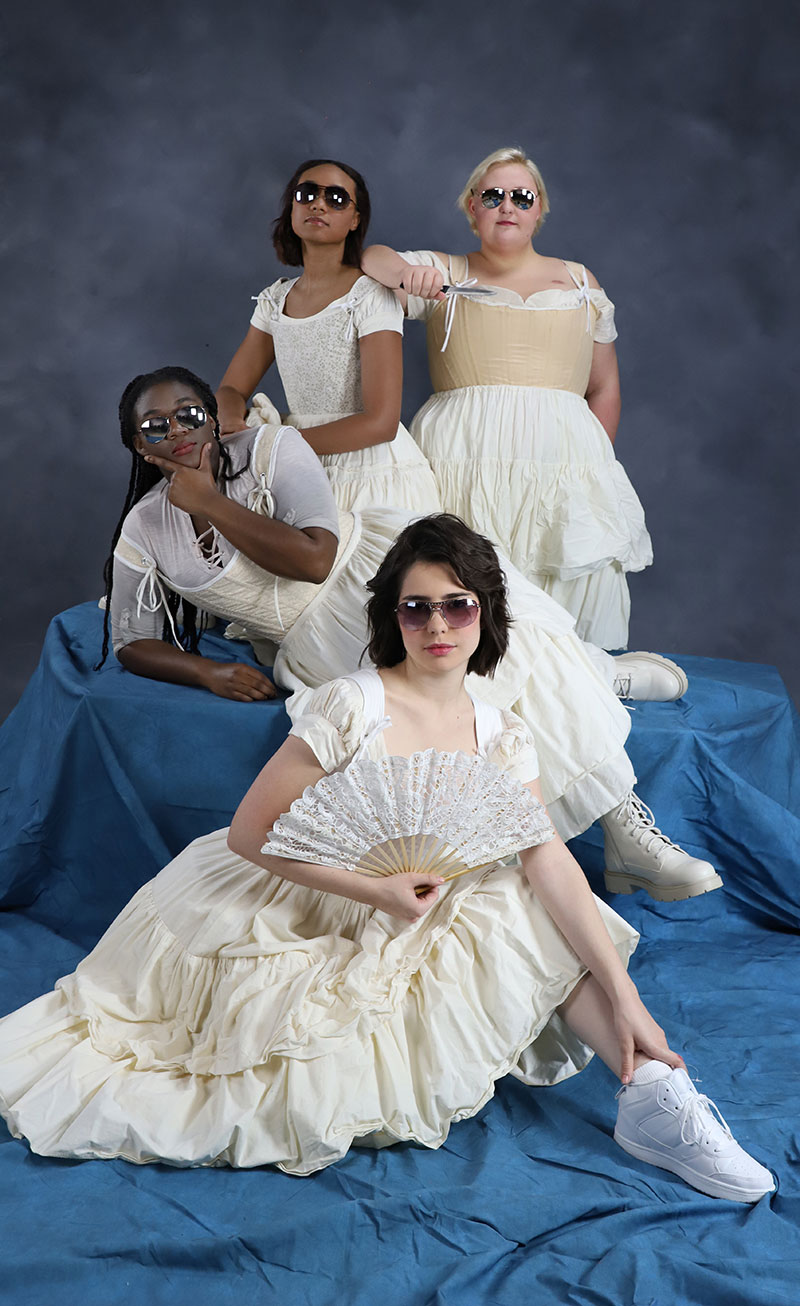 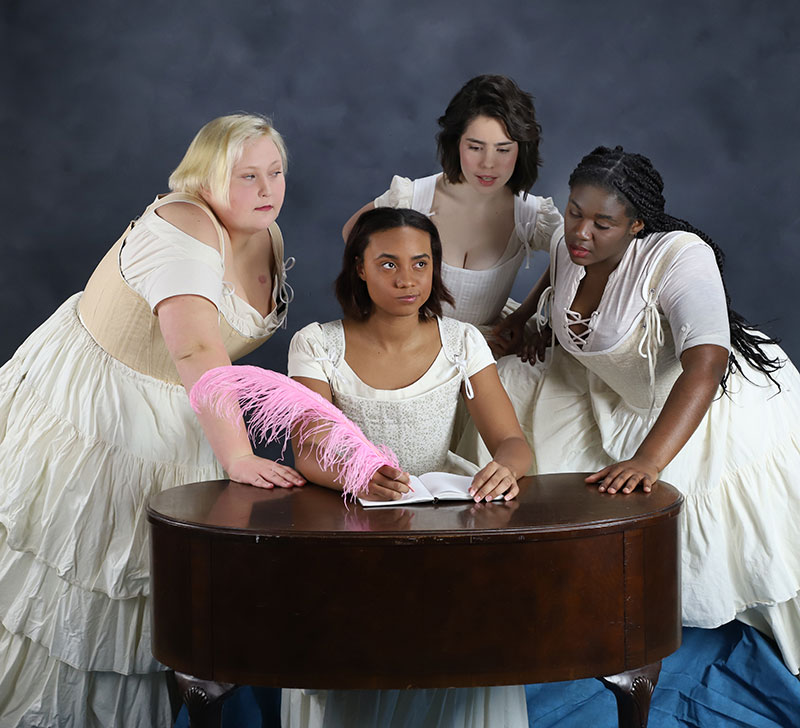 Florida School of the Arts presents “The Revolutionists,” by Lauren Gunderson, October 27 – 30, Thursday through Saturday at 7:30 p.m. and Sunday and 2:30 p.m. Tickets are $10 and can be purchased at the door. The performance contains adult content and language. The American Sign Language ASL interpreter has been rescheduled for the Sunday 2:30 p.m. matinee.

Set in 1793, this feisty, feminist historical comedy features a queen, an assassin, an activist, and a Haitian rebel – all well-deserving of their “badass” reputation during the French Revolution’s reign of terror. The four women, Marie Antoinette, Charlotte Corday, Olympe De Gouges, and Marianne Angelle, embrace their fight and balance between art and politics, as well as the bonds of sisterhood and loyalty between friends.

According to FloArts play director Kevin Kelly, the play promises loads of fun, while also exhibiting a great deal of depth. “It’s not a shallow play by any means. There’s a lot of depth and thoughtfulness to the play and the aspirations of democracy - the sometimes fragility of democracy,” Kelly said. “It mimics our current national politics and speaks to our time in a way that’s thoughtful and funny at the same time.”

To assist in directing, Kelly recruited acting student Amanda Gazy. Kelly said he has observed how the students take on a different kind of ownership with their roles when directed by a fellow student.

“They do tend to own the work and the choices they make during rehearsals. They own it a bit more and bring more colors to it when one of their own is suggesting,” Kelly said. “They’re not just following directions or trying to please me when they are working with her. That kind of ownership of work and that process is what we’re really trying to teach them more than anything else. It’s how to be your own self - how to be the engine of your own creativity.”

Gazy said that directing her fellow classmates and experiencing acting from a different perspective has been rewarding. “Being able to take what you need out of an actor and paint them with it and release their potential, release their fears, and bring them to a place they need to be on the stage is incredible and very fulfilling,” Gazy said. “It’s something I’ve enjoyed more than I thought I would. We’re all here to create something amazing, but we can’t do it with just the actors. I’m learning to appreciate every role (scene design, lighting, directing) a lot more.”

PHOTO CAPTIONS:
Set in 1793, this feisty, feminist historical comedy features a queen, a Haitian rebel, an activist and an assassin – all well-deserving of their “badass” reputation during the French Revolution’s reign of terror. From front: Jo Fletcher as Marie Antoinette, Chelsey Lake as Marianne Angelle, Alicia Griffin as Olympe de Gouges and Lucy Jones as Charlotte Corday.